Morgan and Ryan’s wedding in yellow, white and soft blue was the epitome of spring. Orchids, hydrangea and roses made up the bridal bouquet and the bridesmaids carried bright yellow bouquets of roses. White flowers tied with a pretty yellow bow were placed on seating along the aisle, covered in white rose petals. Morgan and Ryan were married under a wrought iron gazebo, decorated with various white florals and greenery.

Morgan and Ryan’s reception had a light and happy rustic country feel with twine-wrapped mason jar vases and burlap accents. The cake was adorable in blue stripes, sitting atop rhinestones and adorned with white and yellow roses. 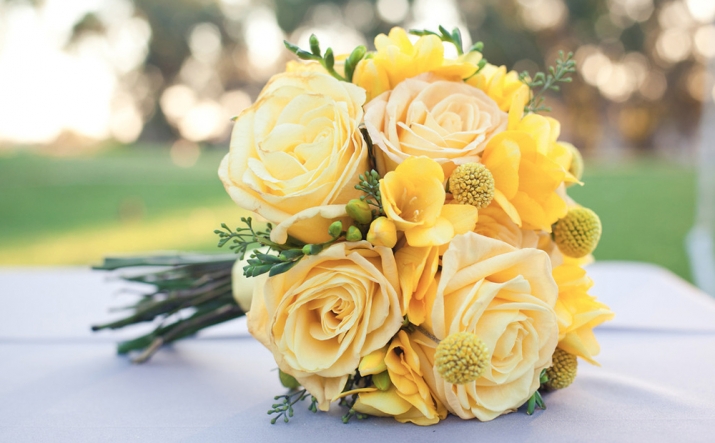 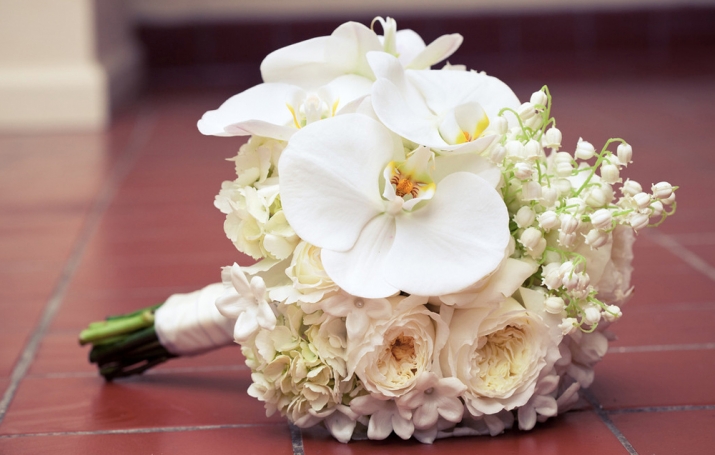 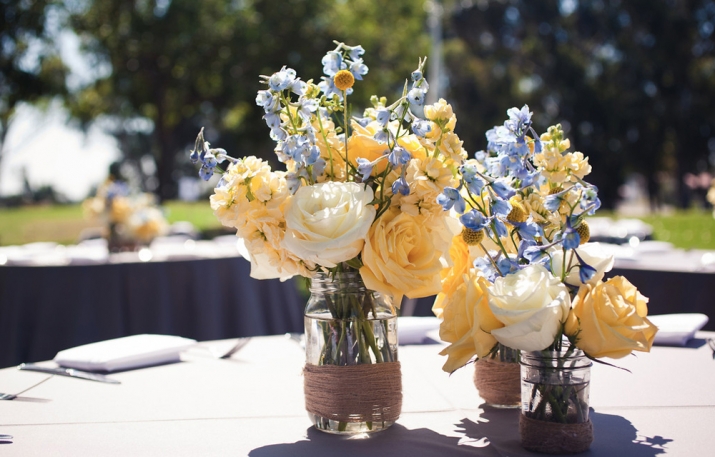 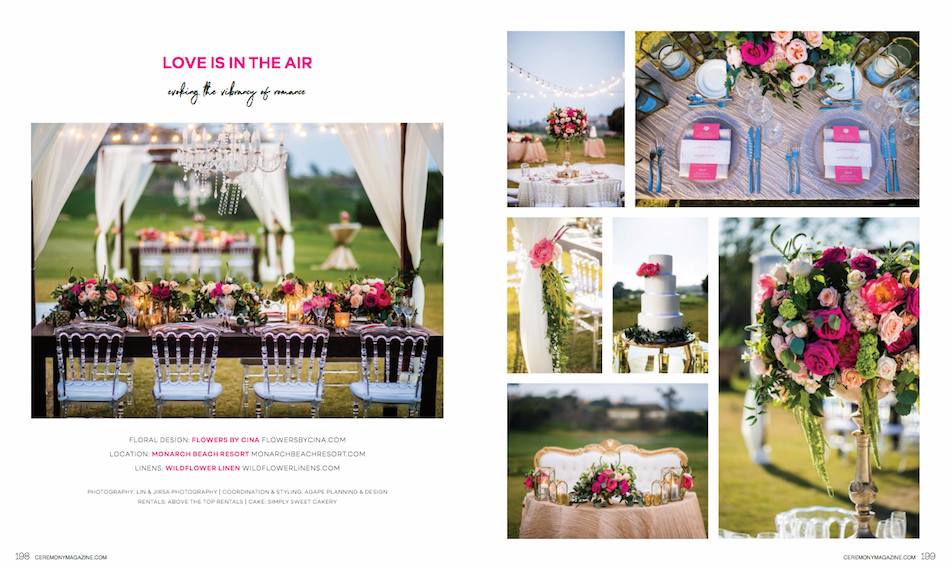