November 28, 2016 In Floral Design In The Press Real Weddings

November 28, 2016 In Floral Design In The Press Real Weddings

If you thought you couldn’t mix the beach and the winter, think again! This beachy Southern California ceremony and winter wonderland reception is featured up on Inside Weddings. 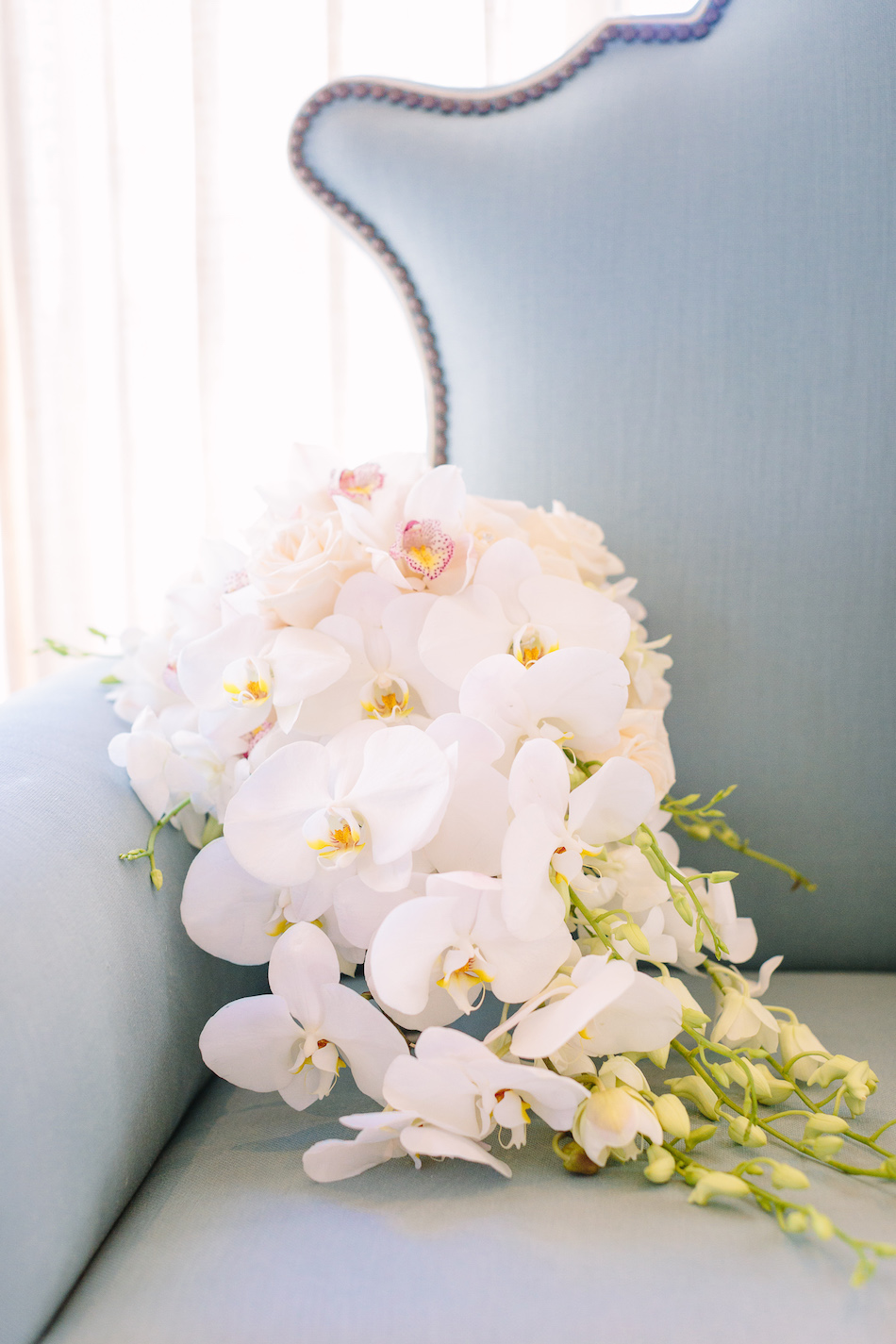 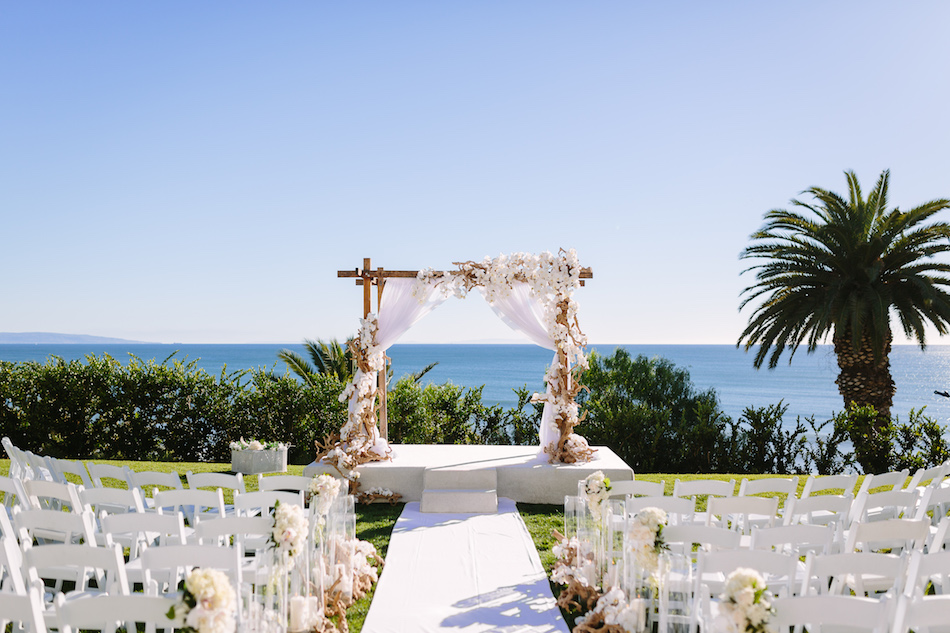 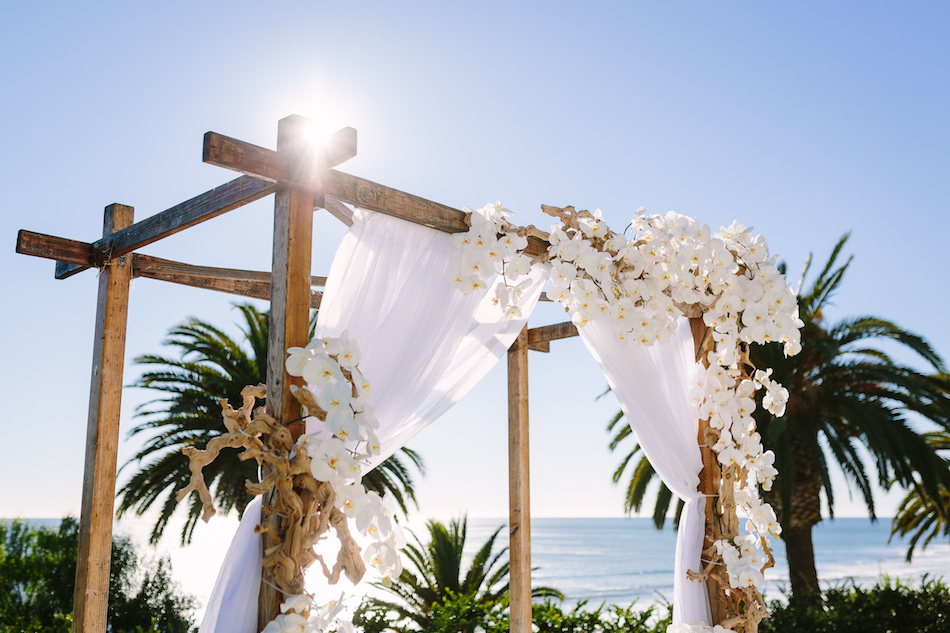 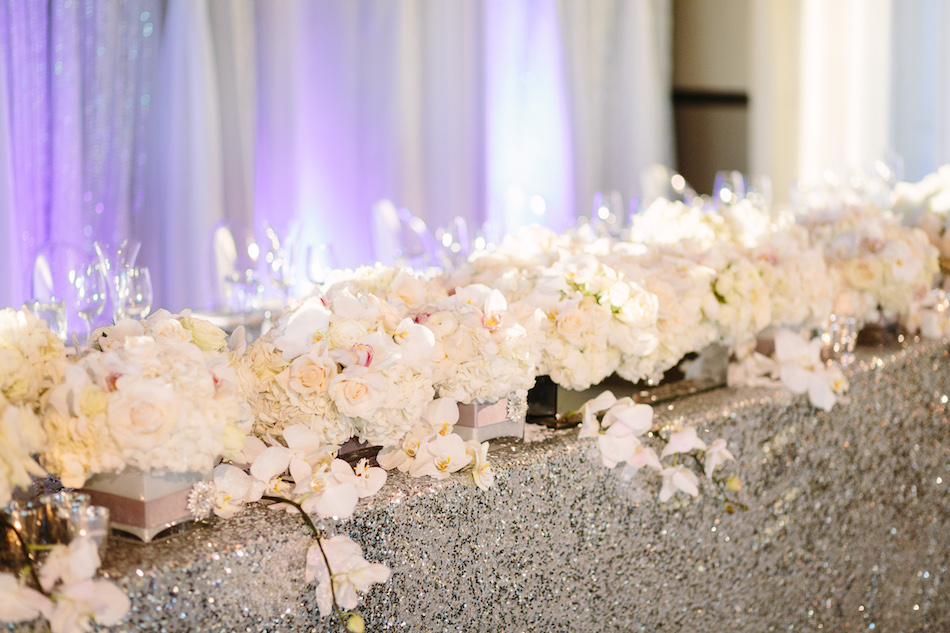 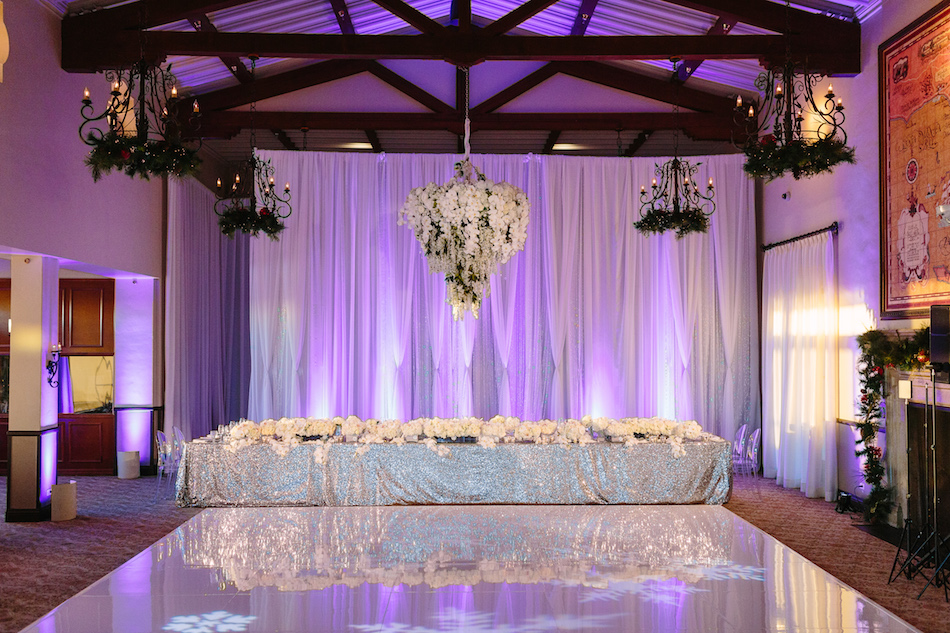 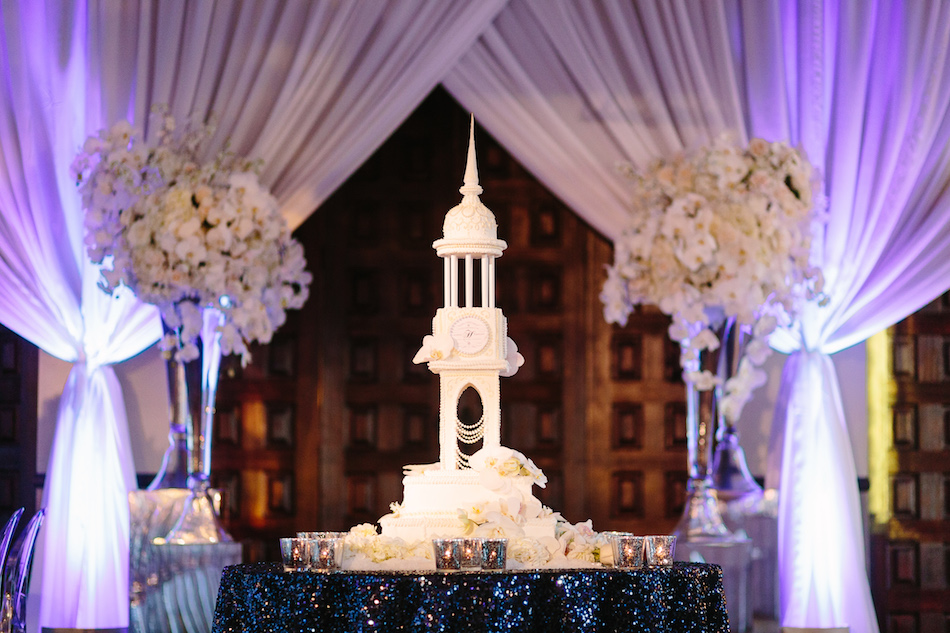 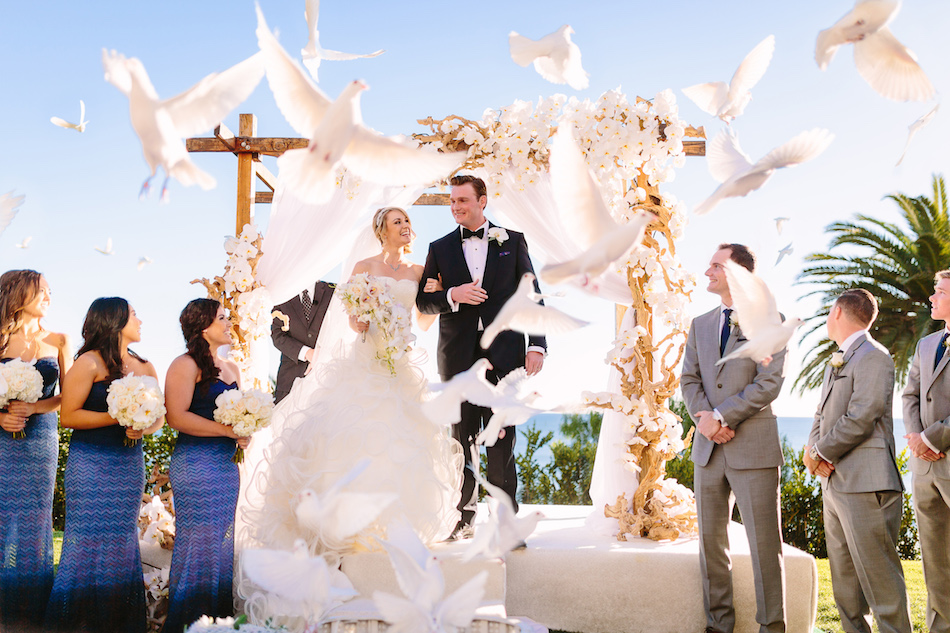 “For this love story, the proposal took place where the relationship began. Tiffany Hyland’s friends took her to the 34th floor of a Santa Monica hotel, where she had her first date with Austin Hill seven years prior. A server asked her to look out the window, down to the beach where Austin had once asked Tiffany to be his girlfriend. On the sand was an arrangement of rope lights that read, “Marry me?” – and marry him she did.

Tiffany and Austin met when they were both student athletes at UCLA – gymnastics for her, football for him – so it was natural that they elected to hold their nuptials on the west side of Los Angeles, at a nearby country club. The location allowed them to rent out all of the hotel rooms at the venue, in order to get the feel of an intimate wedding along with the breathtaking ocean views that come with the space. “All of our friends spent the night at the [site], so the party continued all night,” says the bride.

Due to their December wedding date and beach-adjacent location, Tiffany and Austin planned their wedding around the theme of “sand and snow.” The ceremony had ocean views and the aisles were lined with grapewood branches, orchids, and pillar candles in hurricanes. Guests were gifted sunglasses with the couple’s wedding logo – both befitting the theme and having the practical function of loved ones being able to watch the vow exchange while unencumbered by the bright California sun. After Tiffany and Austin were pronounced husband and wife, doves were released and flew across the crowd as the newlyweds ascended the aisle.

If the ceremony embraced the ocean views, the reception allowed guests to experience winter in a way that is never experienced in Southern California. The space was adorned with linens featuring silver sequins by Luxe Linen, ghost chairs, a wintry sweets table, a white dance floor with snowflake projections, and even an ice bar; attendees were transported into a winter wonderland. Revelers were even given gloves to safely hold glasses made of ice as they took part in the ice bar and luge. “We also had an awesome floral chandelier [above the head table],” Tiffany adds. In the center of the room was the grand wedding cake, which stood over four feet tall and was made to look like a cathedral. Adorned with fresh orchids, the confection had the couple’s monogram featured on the face of the house of worship.

Though their families’ influence was only seen in the guest list and seating chart, Tiffany and Austin certainly still had help coordinating their nuptials: their beloved wedding planner. “I was studying for the bar exam and she did absolutely everything for the wedding!” exclaims the bride, including working with Flowers by Cina to bring her floral dreams to life. Though she admits to wishing they had done a grand exit at the end of the night, Tiffany also advises future brides and grooms to not worry about “every small detail, because when you look back on it, the mistakes make memories and the perfect moments fill the gaps.” In fact, she notes her most memorable moment being the first dance that they spent hours practicing, “only to mess up when it mattered most!” -Inside Weddings 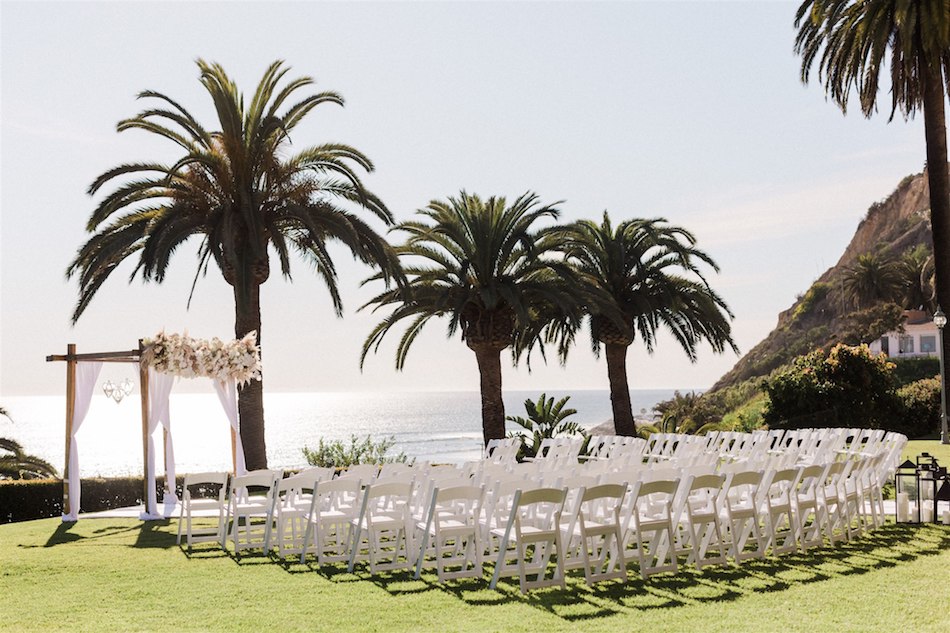 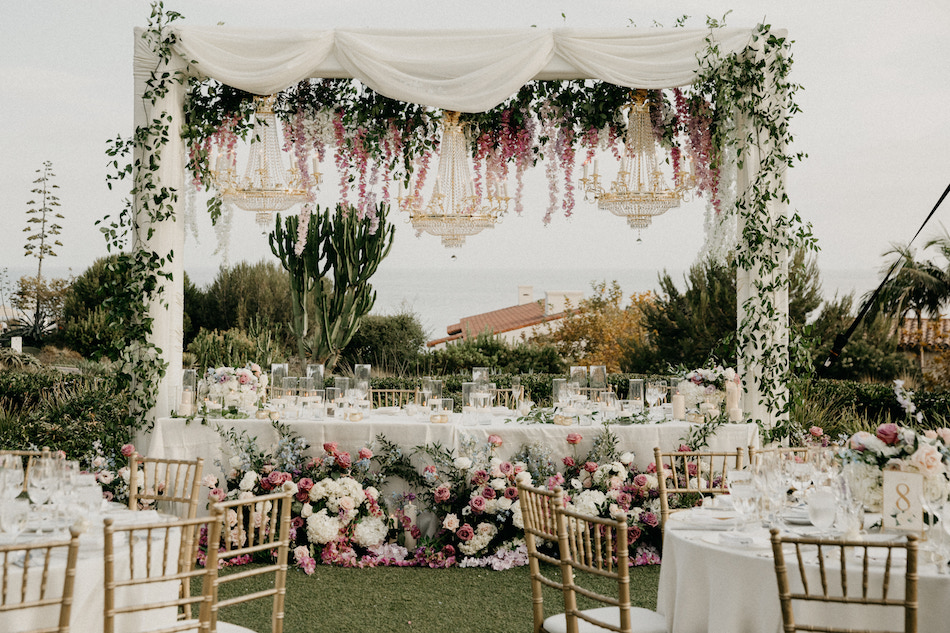 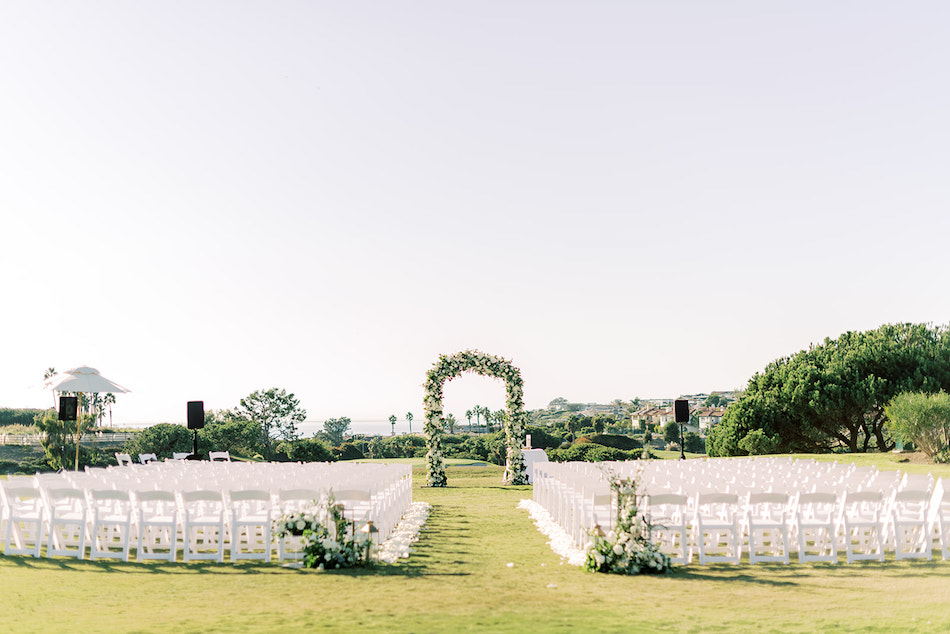